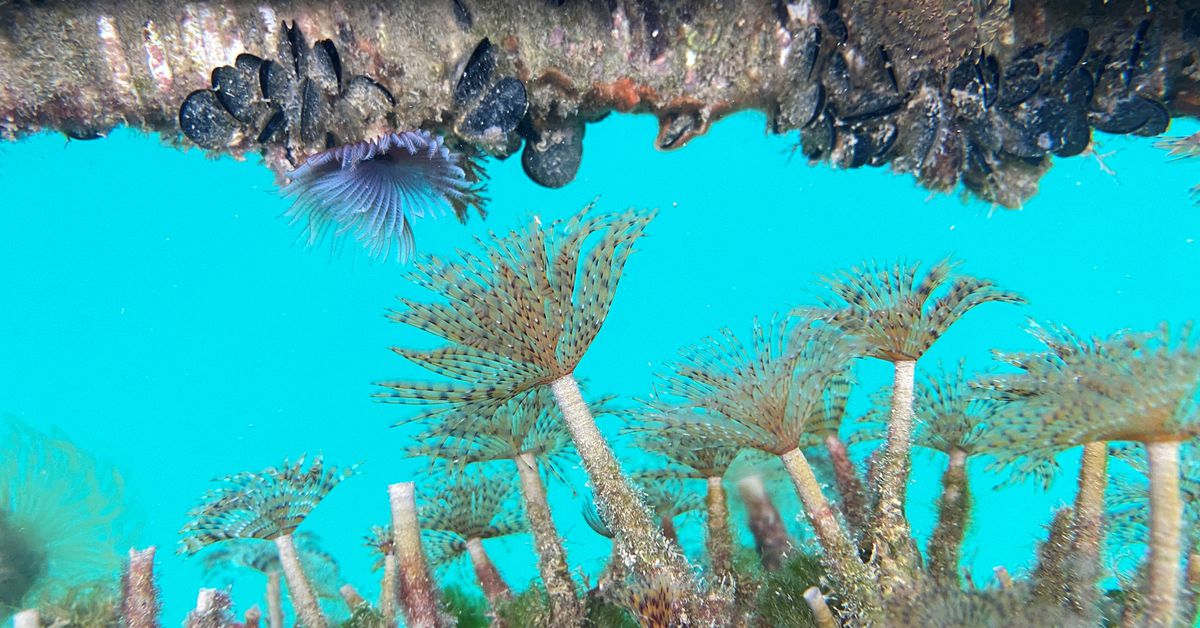 LERICI, Italy, Sept 27 (Reuters) - On Italy's Ligurian coast, biologists and environmentalists are working to tackle the effects of climate change in the Mediterranean with help from a so-called "Smart Bay".

Marine biologists fear the Mediterranean is becoming hotter and more acidic, which would affect the habitat of many native species and also lead to violent changes in weather systems such as more frequent tornadoes.

The Santa Teresa Smart Bay, in an area on the northwestern coast noted for tourism and diving, is Italy's first underwater "living" laboratory where scientists use aquatic invertebrate animals known as bryozoans and other organisms as live sensors.

Researchers from the Italian National Agency for New Technologies, Energy and Sustainable Economic Development (ENEA) and the National Research Council (CNR) chose the small bay as a perfect location to monitor the seawater.

It provides data for the study of extreme weather events that are becoming more frequent in countries such as Italy, Greece, Spain, and France.

"The Mediterranean Sea has basically become a hot spot of what is happening globally in the world's oceans," said ENEA researcher and ocean expert Franco Reseghetti, who has been monitoring temperature changes in the Mediterranean for years.

His research provides models intended to predict extreme weather phenomena on the coasts - such as the "Medicane" or Mediterranean tornado - and on land caused by the effects of sea warming on the lower layers of the atmosphere.

Reseghetti said while data gathering is getting better, researchers still do not know why things appear to be changing or how to stop it.

"We must bear in mind how important the sea is for Italy, but not only for Italy, just think of France, Greece, and Spain, which this year have paid a very high price in terms of alternating fires and very heavy rainfall," he told Reuters TV.