Back to Articles | « Previous | Next »
Home » Modern elephants survived ancient climate change. More than 180 other species, including mastodons, didn’t 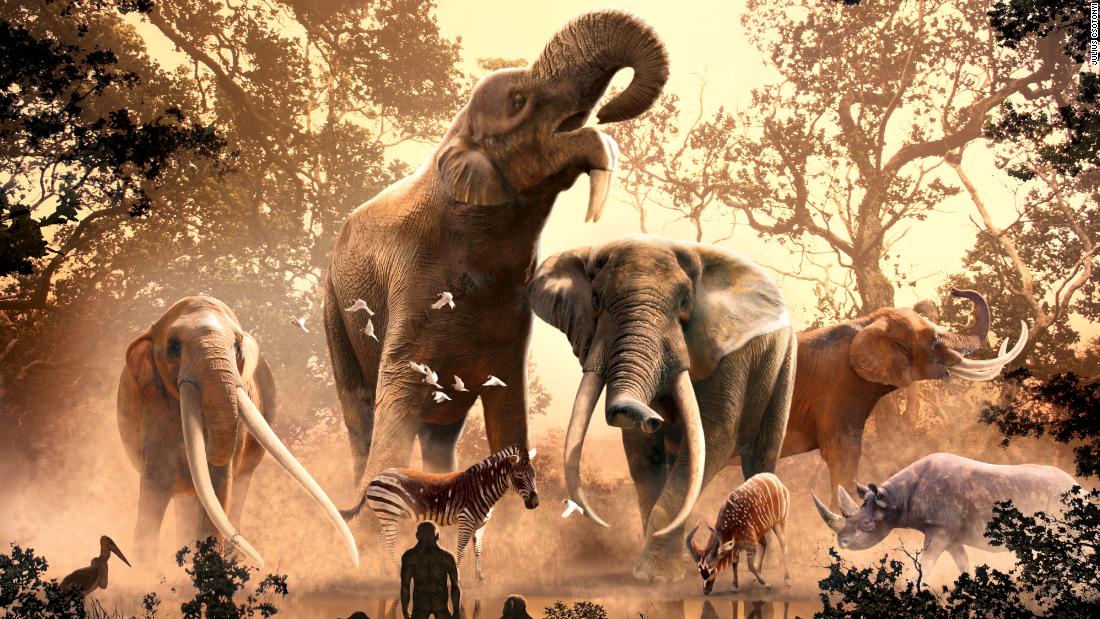 (CNN)The elephants we know and love today may be the ultimate survivors. While there are only three species of elephants now -- all of which are endangered and can be found across Africa and Asia -- they once belonged to a group called proboscideans that included 185 species living around the world.

In the past, researchers have blamed humans for hunting these animals to extinction thousands of years ago. But new research suggests that climate change is the likely culprit in the demise of prehistoric mammoths, mastodons and early elephants rather than overhunting by early humans at the end of the last Ice Age.
Waves of extreme global climate change chipped away at the proboscideans over time, eventually causing most of them to go extinct in different parts of the world between 2 million and about 75,000 years ago, the researchers said.

The study published Thursday in the journal Nature Ecology & Evolution.

The international group of palaeontologists created a detailed data set analyzing the rise, evolution and fall of the 185 different proboscidean species, which took place over the course of 60 million years and began in North Africa. In order to track these elephants and their ancestors, the researchers studied global fossil collections and focused on traits like body size, skull shape, tusks and teeth.

"Remarkably for 30 million years, the entire first half of proboscidean evolution, only two of the eight groups evolved," said Zhang Hanwen, study coauthor and Honorary Research Associate at the University of Bristol's School of Earth Sciences, in a statement.