Back to Articles | « Previous | Next »
Home » PH should seize ‘renewables boom’ in Asia, says COP26 envoy 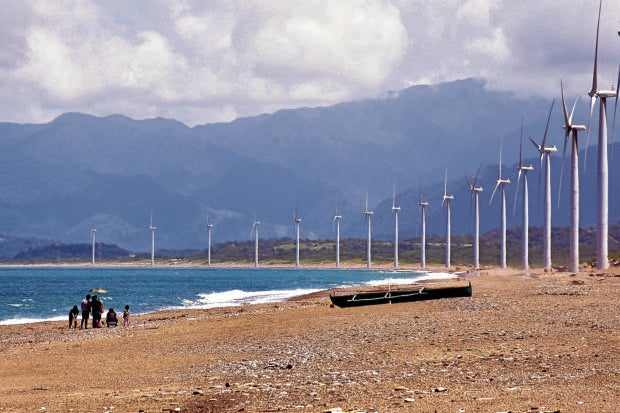 MANILA, Philippines — A faster transition to renewable energy sources could present an opportunity for investments in the Philippines, as it works to recover from the COVID-19 pandemic, according to an envoy for the upcoming United Nations climate change conference.

Weeks ahead of the Conference of the Parties (COP) to the UN Framework Convention on Climate Change, Ken O’Flaherty, Britain’s COP26 regional ambassador to Asia-Pacific and South Asia, said the Philippines should set a clear policy on energy transition to convince the private sector to invest more in clean energy sources.

The United Kingdom holds the presidency of COP26, scheduled in Glasgow, Scotland, from Oct. 31 to Nov. 12.

Among the United Kingdom’s goals is to press rich nations to deliver on their climate finance pledges to aid developing countries in climate action.

But O’Flaherty said the vast majority of the needed money will come from the private sector.

“What we’re hearing from the private sector is that there is money to invest in the energy transition in Asia, including the Philippines,” O’Flaherty said in an interview with the Inquirer during his visit to Manila this month.

But he also pointed out the need for “clear policies by governments in this region, which set the investment opportunities and provide security [for] the investors.”

“If the Philippines will be able to set a clear net-zero goal by 2050, and is able to give more details on its plan for future regulation and activity on the renewable energy sector, I think it will be in a much stronger position to be attracting that capital,” he added.

Although the Philippines has several laws aimed at promoting the use of such renewable energy sources as solar, wind, and hydropower, it remains lagging in its commitments to reduce carbon emissions, which have intensified climate change.